See our auction page, where you can donate items and also bid on auction items.

The San Francisco Public Relations Round Table’s fourth annual Valentine’s Gala and Fundraiser is set for Thursday, February 10, 2022, from 11:30 a.m. to 1:30 p.m. Even though it’s virtual, the vibe will still be festive and fun, all for a good cause: our Philip N. McCombs Scholarship Program, which benefits selected Northern California college students studying PR and allied fields.

San Francisco’s own PR guru extraordinaire Sam Singer headlines the annual Round Table fundraiser. Join us early and chat virtually with colleagues before hearing from one of the City’s best known communications strategists, dubbed “The Fixer” by the San Jose Mercury News and a “Top Gun for Hire” by the San Francisco Chronicle. Sam has agreed to share his commentary about the crazy times we’ve been living through and his prognostications for the year ahead —and how we might prepare for it. He will be joined by S.F. drag icon and auctioneer Donna Sachet, a PR Round Table favorite for our last four Valentine’s events, who will emcee our silent auction.

We’ve made it easy to donate directly to the scholarship program while you’re buying your ticket for the event. Just click on one of the sponsorship buttons on the Eventbrite order form; we will be sure to showcase your generous support in our newsletter and the event program.

We are also running a silent auction, where you can pick up Valentine’s gifts for the special people in your life, near and far, or purchase a full scholarship named in your honor. (Watch for details on the auction, coming soon!)
Why You Should Donate: PR Round Table’s Scholarship Program awards generous stipends to college students studying PR and allied fields. This support for the next generation of PR practitioners is more important than ever. You can meet last year’s winners here. 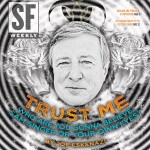 About Sam Singer: One of the nation’s leading communications strategists, Sam Singer is a former journalist and political campaign manager. His agency, Singer Associates Public Relations, is the winner of the “Public Affairs Agency of the Year” and “Public Relations Agency of the Year” from PRWEEK and Provoke Media. Sam is nationally known for managing communications campaigns for Fortune 500 companies and well-regarded corporations. Clients include Chevron, Facebook, Nike, Lennar, Stanford University, Levi Strauss & Co., The Gap, Koi Nation Sonoma, Ford Motor Co., Waste Management, AirBnb, Disney, Warner Brothers, San Francisco 49ers, Golden State Warriors, San Francisco Chronicle, and other prominent corporations, non-profits and elected leaders. Singer Associates Public Relations has spearheaded the communications and digital media of some of the largest real estate development projects in California. Sam received the Bronze Anvil, the highest national award for public relations projects granted by the Public Relations Society of America, for his work for the State of Nevada in stopping a nuclear waste repository near Las Vegas. His work in creating a series of advertisements on the issue of homelessness was selected for permanent display in the U.S. Library of Congress. (See https://singersf.com/staff/sam-singer/.) 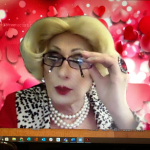 About Donna Sachet: Donna Sachet is an American drag actor, singer, community activist and writer based in San Francisco. She has brightened the San Francisco PR Round Table’s Valentine’s fundraiser for the past four years, serenading us with witty send-ups of popular songs. Donna has been awarded many community honors, including serving as Grand Marshal in the San Francisco Pride Parade and being named First Lady of the Castro District by California Senator Mark Leno. She was elected by the Imperial Court System (a prominent LGBT organization) as the 30th Absolute Empress of San Francisco with Brian C. Benamati in 1995. She recently served on the boards of the San Francisco LGBT Community Center, the AIDS Emergency Fund, Positive Resource Center, the Imperial Council and the state board of Equality California. She co-chaired the San Francisco GLAAD Media Awards for four years. She has also served on the International Court Council of the Imperial Court System. You will receive the link for the Zoom event from Eventbrite several days ahead, and also two hours ahead of the event on February 10, so please watch for it.