We selected five students this year based on their applications, interviews, recommendations and writing samples. The winners come from four schools in the Bay Area and surrounding areas. 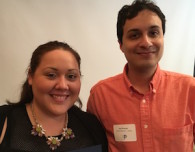 Kathleen Brennan, Golden Gate University: A graduate business administration student with a concentration in public relations, Kathleen expects to graduate in May 2017. Since 2013, she has worked full-time for Delta Dental of California, where she is a public affairs and social media specialist. She hopes to become a spokesperson for her company, and is working toward that by being active in the Money Talks Toastmasters Club in San Francisco, where she is vice president of public relations. 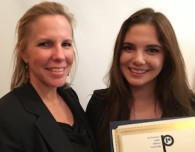 Sara Gonzales, University of San Francisco: Sara will graduate in May 2016 as a communication major with an emphasis in public relations and media studies. In addition to attending school, she works full-time as the promotions coordinator for Lucasfilm Ltd., and previously has held internships in promotions, field marketing and the like for Walt Disney Studios Motion Pictures in Burbank, Wise Buddah Talent in London and Warner Bros. Pictures. She has worked as the public relations director for USFtv, and PR chair for the Delta Zeta Sorority. Upon graduation, she intends to continue to work in marketing and publicity for the entertainment field. 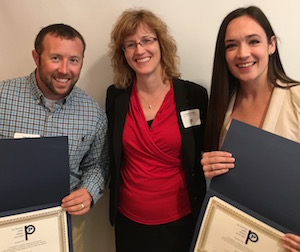 Kelly Lootz, University of the Pacific: Kelly is a master’s student in communication studies with a graduation date of May 2017. A champion debater as an undergraduate, she is now the assistant coach for UOP’s Speech and Debate Society, and is an executive board member of the Public Relations Student Society of America chapter on campus, among other activities. She will use her scholarship in part to submit research projects to publications and attend conferences in the field. Her research is concentrated around women’s portrayal in the media.

Chad Reed, University of the Pacific: Chad entered UOP as an undergraduate after serving several years in the Marine Corps. He was named distinguished outstanding graduating senior and graduated Summa Cum Laude, a record made all the more remarkable by the fact that he suffered a traumatic brain injury while deployed in Iraq. He is now earning his master of arts in communication with an emphasis in public relations and media studies while working as a graduate teaching assistant in the Communication Department. His research has focused on the way in which the Veterans Administration crafts messages and communicates with stakeholders, and he hopes to eventually work in PR for the VA. 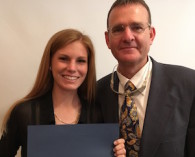 Melissa Stoakley, Dominican University of California: An undergraduate studying communication and media studies with a minor in graphic design, Melissa will graduate in May 2017. She plays on the women’s soccer team and is the team’s representative to the school’s Penguin Student-Athlete Advisory Committee, as well as student ambassador for Dominican’s Admissions Office. She has worked in several PR internships, but her proudest moments have been as a corporate partnership intern for the Sacramento Republic FC (Football Club) soccer team. The scholarship will allow her to pursue further internship opportunities that are potentially unpaid. She hopes to eventually land a full-time position with a major sports organization.