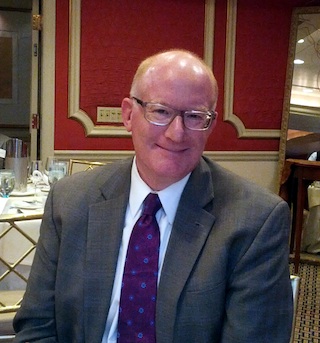 Walking into a bad situation is usually a PR person’s biggest nightmare. But for crisis communications pro Larry Kamer, tackling the issues surrounding City College of San Francisco’s “fall from grace” was a matter of course. “I’m the person who runs into burning buildings,” he noted.

The beleaguered community college, which serves 100,000 students on its nine campuses, still faces an uphill climb to avoid losing its accreditation. At our February 26 lunch, Kamer described how that situation has evolved over the past few years and what he, as the school’s crisis counselor and spokesperson, is doing to mitigate it.

“There’s a very big sense of denial and disbelief” that the situation is still bad, Kamer noted. And even though the college has changed the way it operates, the problems plaguing the school “are so longstanding that they may not be able to solve them.”

His approach to this untenable situation? In the absence of an existing crisis plan, he first “got grounded in what we were going to say” and then aimed for the truth in telling people what was being done to address the situation. “You have to be transparent about this stuff and tell the truth,” Kamer said. He also cited the importance of enlisting support from others: “You never solve a crisis by yourself. You always need partners.”

The fate of City College may be decided this summer when an accreditation update is expected to be issued. Meanwhile, Kamer said school officials are editing its 100,000-word response to 25,000.

Compared to other crises he’s handled in his decades of experience, City College’s situation isn’t the worst, but it’s far from easy. “The uncertainty is what’s hard.” Kramer also anticipates reluctance on the university’s leadership to face some of the difficult decisions that will inevitably result after the final accreditation ruling.  In his experience, “The only people in the world who appreciate change are wet babies,” he said.