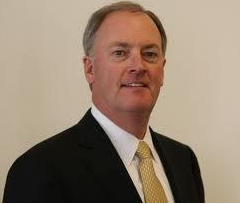 The San Francisco Chamber of Commerce is recognized as the city’s pre-eminent business organization for advocacy, networking and economic growth. With 2,000 members, the Chamber represents over 250,000 employees from every business sector and geography of the city.

Prior to San Francisco, he was vice president/circulation director for the Gannett Westchester Rockland Newspapers in New York, where he also planned and directed the launch of USA Today in the northern suburbs of New York City.

Born in Lancaster, PA, he began his newspaper career with Lancaster Newspapers during high school and college. He joined the Ithaca, NY, Journal in 1976 as country circulation/promotion manager and over the next several years held multiple management positions with newspapers in Berwick, PA, and Martins Ferry, Ohio. Steve Falk serves on the boards of several local organizations, including the Commonwealth Club of California, and is a trustee of Elizabethtown College, PA, where he received a BA in psychology in 1976.