Go to the end of the story for videos of our scholarship winners, or view on YouTube.

At a time when the Covid-19 crisis is disrupting colleges across the land, and putting many students and their families in a financial bind, the PR Round Table’s long-running Philip N. McCombs Scholarship Program will bring welcome relief and validation to a lucky handful of students. Under the leadership of Scholarship Chair Kathleen Brennan, this year the Scholarship Committee (consisting of PRRT Board Members Brenda Kahn and Paul Rose along with member Gerry Corbett) selected five students to receive scholarships in the amount of $1,600 each.  (Please scroll down to view the video of the scholarship winners.)

Where They’re From: We received applications from 20 students attending a broad cross-section of colleges and universities in and around the nine-county Bay Area, including Golden Gate University (GGU), Cal State East Bay, San Francisco State University (SFSU), San Jose State University (SJSU), the University of San Francisco (USF), UC Davis, UC Berkeley, Mills, University of the Pacific and Stanford. In an interesting twist this year, three of the awardees are undergrads from the same school, USF. There is another undergrad from SJSU, and also one grad student from GGU.

Our winning students are taking the inconveniences and uncertainties of this crisis in stride, displaying adaptability, poise and grace in our Zoom interviews — all qualities that will stand them in good stead as they embark on their communications careers. So meet our 2020 scholarship winners: 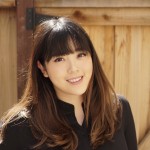 Cherlenita “Cher” Ericson is finishing her second and final year in GGU’s graduate program in Business Administration and Marketing, and prides herself on earning a 3.895 GPA while overcoming language and cultural barriers after immigrating from Indonesia. A relative newcomer to PR and marketing (her prior focus was interior design), she fell in love with the field while taking Board Member Jay Rooney’s Storytelling and Writing Principles for Marketing Communications class at GGU. Writes Rooney in his recommendation, “Not only has she demonstrated technical proficiency, she also brings valuable perspectives to the craft of public relations, both as an international student and as a newcomer to the field. These fresh, outside perspectives can not only make her own work more impactful, but can also be valuable to the field as a whole as we continue to become more diverse and inclusive.” Ericson intends to use the scholarship to attend seminars and networking events post-graduation, and ultimately inspire others to follow her path, writing in her application, “I hope that through my story, I will be able to share my voice and inspire others, especially international students or non-native English speakers, to pursue their ambitions in the copywriting and public relations field. I want them to believe that anything is possible.” 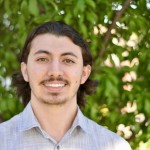 Arturo Fass is a graduating senior at USF, majoring in Communication Studies with a Public Relations minor, and a 3.9 GPA. The first in his family to attend college, he shows a true understanding of and passion for the field of PR. In addition to working in the Communication Department’s office — maintaining their Facebook page, among other duties — he serves as president of the school’s chapter of the Lambda Pi Eta National Communications Honor Society, while also gaining practical experience in his PR Campaigns class, where he is the account executive for San Francisco’s esteemed 826 Valencia youth writing program. On the side, he DJs for his department and other clients on and off campus. His accomplishments have earned him the honor of class valedictorian for Arts and Sciences, and a rave review from Eve-Ann Doohan, chair of the Department of Communication Studies, who wrote a three-page letter of recommendation. “Arturo stands out as exceptional among the many outstanding students over the years,” she writes. “He is a graduating senior who has actually finished his major requirements, but is taking additional major and academic classes (rather than simply filling his schedule with electives) because he feels they will be most helpful for him after graduation. … He is the epitome of a departmental citizen for our major, participating in almost every event our department offers.”

Ciarra Nean-Marzella is an undergraduate at USF with a major in Communication Studies and minor in Public Relations, and a 3.5 GPA (she already has senior status, although she is graduating in 2021). She anchored a TV show in high school and started out in journalism at USF, but soon gravitated to marketing and PR. She especially enjoys her PR Campaigns class, which affords her the opportunity to serve as the account lead for an actual client, the nonprofit Richmond Neighborhood Association. Another thrill was a semester in Paris, where she had the opportunity to intern as a PR specialist for a test prep company. Ultimately, she hopes to work in the music and entertainment industry, with the healthcare industry being a close second. “I am a bilingual student who has traveled half the world and worked in a foreign office, and will have presented two different research papers before I am 21, and a proud member of Lambda Pi Eta, the communications honor society,” she writes in her application. “I realize I am incredibly lucky to experience so many aspects of the world and will use the knowledge I have gained to better myself and the people around me.”

Kayla Renelle is a graduating senior at SJSU, majoring in Public Relations with a minor in Radio-Television-Film, with a 3.98 GPA. Raynelle is quite passionate about her chosen field, hoping to apply her PR skills to the entertainment and art worlds. She got some experience in this area when she was accepted into the on-campus DBH Communications agency internship program, where she became the team lead for the SJSU Theatre. In this role she promoted the “[dreamer] project: an Undocuplay,” which was an original play based on interviews with real undocumented Latinx students at SJSU. In addition, she writes music for and sings in the 11-piece ska/pop-punk band Voluntary Hazing, while also serving as the coordinator and PR manager for the band. She writes in her application, “While Hollywood tends to paint public relations specialists as spineless spin-doctors, I have fallen deeply in love with this field. … it has supplied me with the tools necessary to cut through cacophony and have one’s voice heard. It has allowed me to stand for what I believe in, and to establish a platform for those that are often overlooked and unheard.” 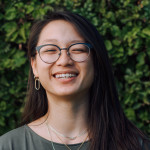 Karina Tran is a junior with a Communication Studies major at USF. She has been shouldering a heavy course load in the hope of graduating a year early, while also building her own business as a portrait photographer and social media consultant. She has been covering all her living expenses by working 30 hours a week, while also volunteering and maintaining a 4.0 GPA. Tran is active with The LAGRANT Foundation, which aims to increase the presence of minorities in communications fields. She intends to apply her PR skills to the “greater good of humankind,” noting in her application, “I strive for the advancement of human connection and understanding, across any and all barriers.” As Assistant Professor of PR Zifei “Fay” Chen put it in a letter of recommendation, “Her ability to juggle so many responsibilities and still excel academically speaks volumes about her work ethic and dedication to the things she cares about.”

How We Choose: Our winners were chosen based on their commitment to the PR/communications field as evidenced by courses, volunteer activities, internships and the like, their academic accomplishments, the quality of their writing samples, the strength of their letters of recommendation, and their potential to give back and make a difference. All have worked hard to get where they are, often while overcoming significant challenges: being the first in their family to attend college, growing up in a struggling single-parent immigrant family, working two or three jobs at a time to support themselves, and/or adapting to a new country and a new language.

By Brenda Kahn, Board Member