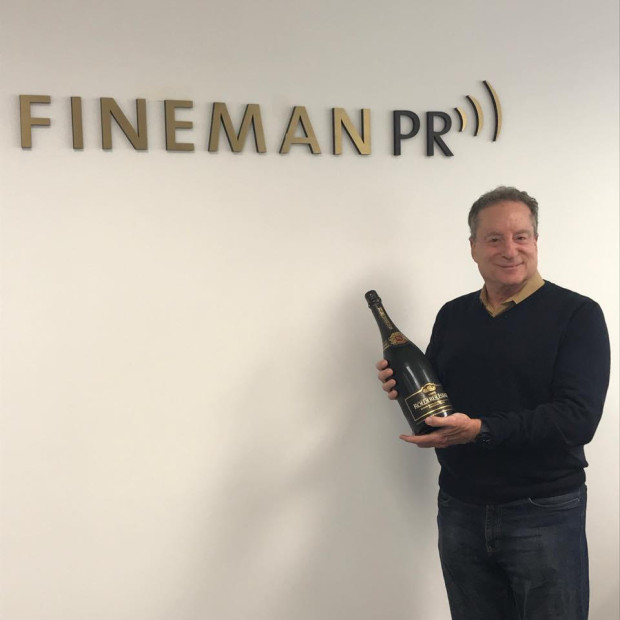 Michael Fineman, a longtime PR Round Table member who served on the Board, chaired the Membership Committee and generously supported the Scholarship Committee, has been elected to Lifetime Member status. The honor, voted by the Board, is reserved for members who, over an extended period, have rendered outstanding service to the SFPRRT in one or more positions of responsibility.

Michael began his career in Eugene, Oregon, where he was briefly a high school English teacher and a summer intern at a Eugene public relations agency. His PR career received a jump-start shortly after he moved to San Francisco in 1982 and began project work with Bill Graham Presents on a holiday event at Fort Mason. He soon moved to Claire Harrison Associates, where he had the opportunity to be mentored by Harrison, one of San Francisco’s iconic practitioners, along with another skilled professional colleague, Jennifer Monahan Ohanessian.

After six years handling a wide array of accounts that included Walt Disney/Touchstone Pictures and Schlage Lock along with architecture and real estate accounts, Michael left to start his own agency, where he began handling food, wine, architecture, video game and healthcare clients. His most rewarding work throughout his career comes from his crisis communications work; he relishes opportunities not only to help clients repair their reputations, but also to avoid crises through advance planning and proactive relationship building.

Like many senior practitioners, he thinks strong writing is under-emphasized, especially among entry-level aspirants. Michael advises anyone interested in a PR career to learn to listen, hone good writing skills and understand what makes a good news story. He also emphasizes, “The lessons that we learn as children in decorum, kindness, being courteous and diplomatic, and avoidance of gullibility, are skills that lend themselves well to successful public relations.” (How refreshing!)

During his lengthy PRRT membership, he has enjoyed the collegiality with senior, highly respected practitioners, including his competitors. He also is grateful for the advice and mentorship of his IPREX agency partners, who lead agencies throughout the world. He counts among his role models several of his own senior staff members, many of whom have worked for him a decade or more. He also prizes his relationships with longtime clients, some of whom over the years became close friends.

It’s not surprising that someone so “old school” (in the best possible meaning of the phrase) proffers this advice to his colleagues: “Avoid jumping to conclusions, so prevalent in the public domain; there is so much that we do not know that goes on behind the scenes that must be considered.”

It’s something all of us should remember as we navigate current events.