Climate change and global migration. The rise of fascism. The spread of COVID-19. Racial injustice and growing wealth gaps. The world is facing an unprecedented number of urgent global crises and the destabilization of democratic institutions. Has there ever been a time when factual and professional reporting mattered more—or when it has been more under attack? On Wednesday, October 7, 12 noon to 1 p.m., we’ll hear from two top journalists, Lance Williams and Katharine Mieszkowski, whose award-winning work helps hold people and institutions accountable.

Williams and Mieszkowski are senior reporters at Emeryville-based Reveal News, a nonprofit investigative reporting initiative that pours time and resources into unearthing important, original stories. Their work and that of their colleagues is critical to providing well-researched, factual information for Reveal’s radio broadcasts, podcasts and weekly newsletter reporting.

You may remember Williams from an earlier SFPRRT program; with partner Mark Fainaru-Wada, he wrote a national bestseller about the BALCO steroids scandal. A two-time George Polk Award winner—for medical reporting while at The Center for Investigative Reporting, and for coverage of the BALCO sports steroid scandal while at the San Francisco Chronicle—he knows the threats facing journalists. In 2006, he and Fainaru-Wada were threatened with 18 months in federal prison for refusing to testify about their confidential sources (the subpoenas were later withdrawn). Williams also has been honored with the White House Correspondents’ Association’s Edgar A. Poe Award, the Gerald Loeb Award for financial reporting and the Scripps Howard Foundation’s Award for Distinguished Service to the First Amendment.

In addition to her current work at Reveal, Mieszkowski also has been a senior writer for Salon and Fast Company and her work has appeared in The New York Times, Rolling Stone, Mother Jones, Slate and on NPR’s “All Things Considered.” Her coverage has won national awards, including the Alfred I. duPont-Columbia University Award two years in a row, an Online News Association Award, a Webby Award and a Society of Environmental Journalists Award.

Mieszkowski and Williams have collaborated on several stories, including a Covid investigation and a series of stories about water during the California drought. Join us to hear about the fascinating process of investigative reporting, including how they select stories, find sources willing to talk, and navigate potential legal issues. 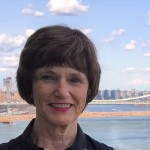 Moderator Hatti Hamlin has nearly fifty years of government, agency and corporate public relations experience. A Lifetime Member of the San Francisco PR Round Table, she served on the board more than a decade and as secretary, vice chair and chair. She is a Fellow of PRSA, and most recently served three terms on the Society’s National Nominating Committee.