Click on the arrow above to watch the Zoom recording of Otis Taylor’s talk.

Otis R. Taylor Jr. is a columnist for the San Francisco Chronicle. He writes about issues affecting the East Bay, but the impact of his words has no limits. Most of his columns deal with issues related to racism and culture.

On Wednesday, November 18, Taylor spoke to a group of PR Round Table members and guests, via Zoom. His thoughts and comments were delivered with quiet passion. They ranged from how he likes to work with public relations people to racism, homelessness and inequity.

Rather than attempt to paraphrase what Taylor said, we offer our readers a series of direct quotes from his eloquent talk. We hope you’ll want to listen to the entire discussion in the recording above (Taylor begins speaking about 10:48). 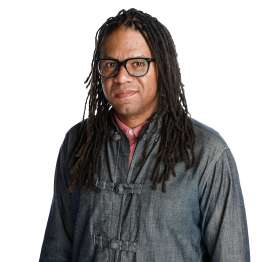 Homelessness, racism and other inequities

“Why am I working for this technology company that can raise $4 million with no product, but on my 20-minute walk from the BART station I’m passing tent cities along the sidewalks? How is that possible when all this money is being tossed around?”

“If people don’t have the same access I have, how can I expect them to live the way I do?”

“It’s easy to say that racism doesn’t exist if you haven’t experienced it.”

“I know what it feels like driving across this country, and you walk into a diner in Idaho and everyone stops eating and their mouths are open and they’re looking at you walking to your table. It was like we didn’t have the right to be here. We paid our money; what’s the beef here?”

“Homelessness deteriorates people. Their minds, their bodies – it takes so much out of a person to live on the streets. So I don’t think it’s fair to expect them to respond to a situation the way you or I would.”

“Some of my readers say homeless people are all on drugs. But this country had a war on drugs, and who did that war disproportionately impact? Black and brown people, who were incarcerated.”

“Why is the budget for police increasing as homelessness increases? We don’t want lawlessness; we want more money for social workers and teachers.”

“As a columnist, it’s my duty to show that laws haven’t always helped the people who need the help.”

“If you don’t know or learn the tools for financial stability, then how are you going to know them when you need them?”

“I often find myself writing about race not because I’m a racist or a race baiter, but because systemic racism runs through every institution in this country.”

“We must retrain people on the issue of equity.”

“The Bay Area is one of the most segregated parts of the country and one of the least diverse.”

“Why don’t people have the tools you and I have to survive? How do you have generations of people who can no longer afford to live in the places where they were raised?”

“I can count the number of Black, brown and Asian people in my neighborhood. I live here because I have access to quality food, public transportation, restaurants – who wouldn’t want that?”

“Our country’s racial hierarchy allows some white people to feel comfortable telling Black people what spaces they’re allowed to exist in, and what the Black person’s role is in that space.”

“Our elected officials are not representative of the communities we live and work in.”

“The people who object to my columns the most are white men. This is not surprising; those are the people who wrote the laws and who benefit from them.”

“The country has a long way to go. We may be in for a lost decade.” 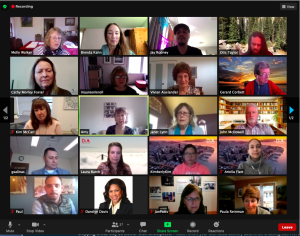 “I really appreciate those public relations professionals who just get to the point and put their ask front and center.”

“I prefer working with PR people who want to keep the interaction conversational. That’s how I conduct my interviews, that’s how I am when you call me or when you send me an email. Just come at me like a human being. You can still be a professional and be a human, right?”

“Email me at otaylor@sfchronicle.com. I will respond.”

Two of our guests offered these comments about Otis Taylor’s remarks:

“It starts with us, as white people, understanding structural racism and how we perpetuate it–regardless of intention. I appreciate Otis pointing out what’s behind the issues we see. We need to educate ourselves and not put the burden of pointing out racial bias on people of color. It starts with the premise that racial bias exists, and we are enculturated into a system founded on racism. A great place for white people to start the awakening process:  ‘White Fragility’ by Robin DiAngelo.”

“We all need to see two things: One, our racial bias.  Two, our common human experience.  We need both to heal….love and compassion are essential to this dialogue.

“The systemic racism is so overwhelming.  How do we begin to address it, step by step, so we can get started in the right direction? My grandfather fought for the Rumford Fair Housing in the early 1960s in the face of overwhelming opposition….it is so painful and heartbreaking that we are still perpetrating this pain on so many people of color.”