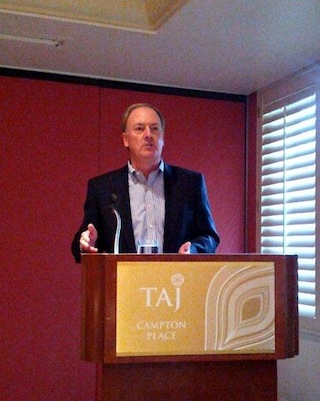 In his talk to our group at our October lunch, Steve Falk, president and CEO of  the San Francisco Chamber of Commerce, described the role of the chamber in city government. He gave an optimistic forecast for San Francisco that included:

These projects, he said, will “increase employment, stimulate the economy, and send a positive business message to the rest of the world.”
Thanks to October Host/Sponsor
Eric Steckel
Vice President & General Manager of Bars+Tone
PR Round Table Board and Treasurer