An SFPRRT panel on navigating PR challenges in a post-COVID world.

Join us at noon on Thursday, May 19, for an illuminating conversation with a panel of Public Information Officers (PIOs) from three of the Bay Area’s largest government agencies. We’ll talk about how they navigate the challenges of serving a region rapidly re-opening from a years-long pandemic that’s finally on its way out… or is it?

Our panelists for this event

Karen Boyd, Communications Director, City of Oakland, is a veteran communicator who has navigated dozens of high-profile and complex communications challenges facing Oakland and the region over the past 25 years, including the Ghost Ship warehouse fire that killed 36 people in 2016, salacious personnel scandals and political turmoil, civil unrest following the BART police murder of Oscar Grant on a train platform, Occupy Oakland, a decade of police-accountability protests, the regional scourge of homelessness, the Riders scandal that led to nearly 20 years of ongoing federal oversight of the Oakland Police Department, three Warriors championship parades and much more. She has advised five Mayors and more than a dozen City Administrators.

Alicia Trost is Chief Communications Officer at the San Francisco Bay Area Rapid Transit District (BART), where she leads strategic communications, media relations, policy communications, crisis communications and social media. She reports directly to the general manager and serves as chief spokesperson. She has received national accolades for breaking the government communications mold by having honest, frank and engaging conversations with riders, and she has built a user-generated engagement platform using Salesforce to foster a customer-centric communications strategy. Muck Rack named her as one of the “Top 15 CCOs” to follow on Twitter in 2021.

Francis Zamora is the Chief of Staff for the San Francisco Department of Emergency Management (DEM) where he leads strategic planning and external affairs for the agency. During his tenure, Francis helped lead San Francisco’s response to the COVID-19 pandemic, drug overdose epidemic, and Super Bowl 50. He directed communications for many emergencies including earthquakes, tsunami warnings and severe weather, and has deployed to numerous wildfires to provide support and relief to impacted communities. Francis currently serves on Nextdoor’s Public Agency Advisory Council. 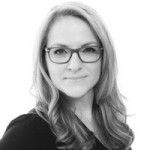 Sarah Segal (Moderator) is the founder of Segal Communications. From brand launches to executive profiles, Sarah has a deep understanding and love for the communications terrain. She began her career in journalism and worked on the production teams of CBS and NBC News, then in-house for both public and private companies before moving agency-side. She advised tech startups with The Blueshirt Group before joining SHIFT Communications. In 2018 she launched her consumer public relations agency, Segal Communications, which was acquired in January 2021 by The Messina Group.

This is a virtual event. Meeting link will be mailed to registrants as the event date nears.